Caregiving is a dead end road. Before the brain tumor diagnosis things were not going well between my husband and I. We had been married for 19 years. We had survived infidelity, bankruptcy, and a plethora of bad decisions. But the toll had been paid. There was no intimate connection. No shared interests. He had no interest in doing anything with me and I had no interest in doing anything with him, mostly because he didn’t do anything.

The night before the appointment at which we found out about the tumor, I had written him a letter in my journal. I laid out my fears for the future and my unwillingness to continue things as they had been. I never gave it to him.

When the doctor said he had a brain tumor, it caused a huge shift in my perspective. Life altering news will do that to a person. I am a caregiver by nature, and that, combined with the love and history that we shared, meant that it wasn’t even a decision, I simply stepped up by his side and entered the Uninvited Journey with him. And for 2062 days I did exactly that.

Oddly it was the cancer that united us. It brought us together. It gave us a shared interest: that of defeating the enemy. I focused on finding heritage medicine that could help his body fight off the cancer itself as well as the side effects of the treatments of modern medicine. I worked hard to give him the best quality of life he could have by cooking him healthy, tasty, organic meals and creating a home environment that was peaceful and healing. It was a messy, ugly endeavor that failed more than it succeeded, but we were together and we were united.

And then he forgot who I was and that changed everything.

Oddly it was the cancer that united us

My heart shattered that day and I could describe it to you in great detail, but it’s the end result that matters. Cancer brought us together, and cancer ripped us apart. Our marriage blew apart that day, and no amount of spiritual duct tape would put it back together.

It stole my husband. I no longer had a partner. I was on my own. His cognitive decline was swift and fierce. I had to learn, very quickly, to do everything by myself. Mow the lawn. Trim the weeds. Build a fire in the fire pit. Pitch a tent. Drive a truck. Check the oil. Check the tire pressure. Everything. Every. Thing.

It’s not that I didn’t have the ability to become an independent woman, it was that I had never had to be. He had always done those things. Transitions are hard! And when the transition comes as abruptly as did mine, and hand in hand with the breaking of my heart, well, it knocked me on my ass.

I learned to live my life alone while he laid on the couch, exhausted from treatment and side effects of the treatment. If it wasn’t physical pain and discomfort keeping him from going anywhere or doing anything it was depression. The house was no longer a refuge, merely a place of sadness, depleted energy, and discord.

I started leaving more and more. Hiking. Kayaking. Driving dirt roads in our truck. Sitting on the lake shore desperate for peace. Begging God to heal him; to give me back my husband.

And then our truck broke. The transmission went out and I no longer had an escape. I could not kayak. I could not drive country roads. I could take the car and sit by the lakes and I did that but it wasn’t enough and it felt as if my prayers were landing on deaf ears. I had started drinking again and after the truck broke I ramped up my alcohol intake. I needed to numb the pain and since I couldn’t get to nature to do it, I looked to booze.

If you’ve ever seen Once Upon A Time, you’ve seen the queen reach into someone’s chest and pull out their heart. She holds it in her hand and has the ability to crush it, slowly or quickly; causing a slow tortuous death or a quick and painless one. Or she could put it in a box in her vault and have complete control over that person.

This is how I felt. My heart was being crushed. If I stayed it would either die or I would lose myself completely in the demands of caregiver, mom, wife, sister, daughter, and yes, even grandma. I felt like I had no control over my life but was completely at the mercy of the demands of those around me.

I would lose myself completely in the demands of caregiver

I could see the destructive path I was on had no good ending, and so I left. I told him I needed some space to try and reclaim who I was as a person, but I knew in my heart that I couldn’t go back without losing myself. I stopped by the house daily to check on him. We talked and I would help him pay his bills and keep his account in the positive. I took him to appointments. I did my level best to make sure that the shell of the man I used to love was taken care of and I did so up to his death and beyond.

Walking away isn’t the most socially accepted way of self-care, but sometimes it is all that is left. Sometimes it’s about survival. Girl-time and mani/pedis aren’t going to cut it when you’re in the battle and it becomes clear you’re going to lose. Caring for another human is hard physically, emotionally, and spiritually. Caring for another human who is someone you love and will likely die… that is brutal. That is dream killing and hope destroying; a dead end.

Did this post encourage you? If so, please leave a comment below. Also, if you enjoyed this post, I’d be very grateful if you’d help it spread by emailing it to a friend, or sharing it on Twitter or Facebook. Thank you!

Want to join the discussion?
Feel free to contribute! 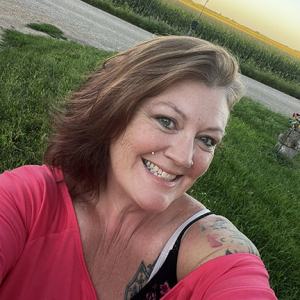 Inspiring, Encouraging, and Educating with Passion, Confidence, and Creativity.

Kendra Dawn 2022You Are Not Broken!
Scroll to top